Stand a Chance to WIN a Trip to Orange River! 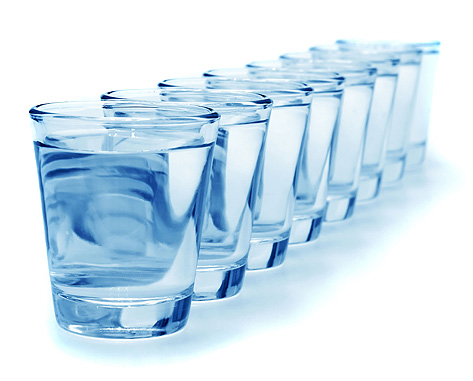 Have you heard that story about how spinach ended up being labeled as one of the healthiest things you can eat? It was a simple typing error!

In 1890 an American investigator measured the quantity of iron in spinach and recorded 3.4mg for each 100g. The secretary wrote 34mg for each 100gr! In 1930 a group of German experts corrected the mistake, but it was too late, the myth had bedded itself down into human history.

It looks like it may be the same with water. There is little scientific evidence that drinking 8 glasses of water a day is essential to your health. So where did this advice originate from?

The closest reference is a brief mention in the obituary of a nutritionist by the name of Fredrick J. Stare, which said he was an “early champion of drinking at least six glasses of water a day.” Unfortunately, other statements from Stare were so off the wall that his statements are not to be trusted. For example, he openly criticized those who questioned food additives or excessive sugars in the diet, which isn’t surprising considering his financial ties to Nabisco (American brand of cookies and snacks), Kellogg and the Cereal Institute.

A myth to boost sales

Experts say that it is the bottled water companies that latched onto this statement of 8 glasses a day as a way to boost sales.

In truth, many people are generally dehydrated and should actually drink more water, but you don’t need to stick religiously to 8 glasses a day. Your body will tell you when you are thirsty and if you drink when you’re thirsty and your urine is a pale yellow or lighter in color, you’re probably staying well hydrated. The problem is that often your body gives you the wrong signal and thirst is mistaken for a hunger crave. Rather drink a glass of water before you reach for that donut.

Here is some help

To help you along, we at H2O International South Africa advise that you purify your water first. “Our purifiers have a unique purification media that produces sweet, crisp tasting water and this encourages you to drink more water and to avoid canned cool drinks,” says Tony Marchesini, CEO. “It is also more environment friendly because you are tapping water from the existing municipal water infrastructure instead of drinking bottled water that has been trucked to the shop. The plastic bottles also end up in a landfill.”

Cooling your water also helps; it tastes more refreshing and is absorbed quicker into your body.

H2O International South Africa has many products that you can choose from to purify and cool your water.

Reduce the Toxins in your...

September 5, 2012
Article Summary: The chlorine in your tap water has a side effect called disinfection by-products (D...

June 6, 2014
Tony Marchesini of H2O International South Africa offers advice about South African municipal water ...
We use cookies to provide the services and features offered on our website, and to improve our user experience.
By using this website, you consent to the use of cookies.Ok